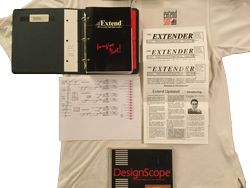 Imagine That Inc. was founded in 1987 to develop and market Extend and its successor ExtendSim - the first simulation application to allow users of any discipline to use simulation and to develop their own libraries of customized simulation tools.

Imagine That! is dedicated to bringing the art, science, and fun of simulation to the desktop, in a form digestible and accessible by everyone. ExtendSim was the first user-extendible simulation package that met those expectations. Over the last 3+ decades, ExtendSim has continued to innovate, establishing many other firsts in the simulation industry.

Follow along to learn how ExtendSim has become the powerful simulation tool it is today: 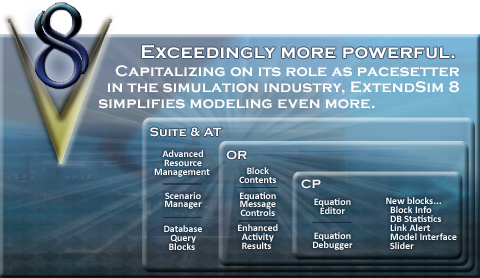 Essentially, the ExtendSim Scenario Manager keeps track of multiple what-if models, all based on the same model. It does this by assigning a named scenario to each combination of variables you choose to examine. For example, create best-, worst-, and typical-case assumptions for input values. Then recall each of these scenarios to see how the model behaves under different conditions. For comparative analysis, recall scenarios in combination, such as best-case sales and worst-case costs. 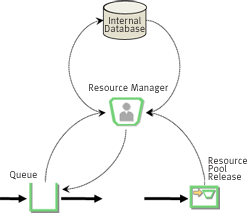 Advanced Resource Management • The addition of Advanced Resource Management (ARM) in ExtendSim provided an integrated system for organizing resources, distinguishing between them, and allocating them throughout a model. ARM provides a convenient and straightforward way to define complex resource requirements for items and a flexible set of rules for how resources get allocated to them. Plus, it provides automated methods for quickly changing resource information and generating statistical reports.

Query Equation blocks • Sophisticated tools to search database tables for the best record appeared in ExtendSim 8 with the introduction of the Query Equation and Query Equation(I) blocks. These blocks have proven to be indispensable when a database holds information that is required for making decisions in a model.

Shift-Click • Time-saving Shift-Click was added in 8 to open a dialog in which you may choose which block or feature should get a given variable. Shift-Click an appropriate dialog item to add variables to the Find, Optimizer, Scenario Manager, and Statistics blocks as well as for Sensitivity Analysis and in custom block development.

Plus many user-requested functions, system variables, and message handlers. 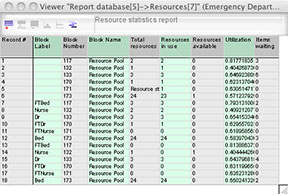 Resource usage in a healthcare modelStatistics (DB) Report • Statistics (DB) report contains final values for output parameters. Statistical data from each simulation run is stored in an ExtendSim database, organized by block type so that there is one table per type of block. Blocks included in the report can be all blocks in the model or a user-defined subset of the blocks. Report tables can be exported to external databases or Excel when the simulation is complete. 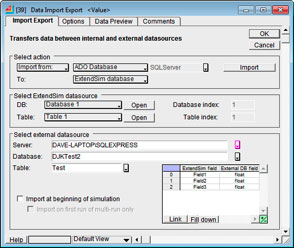 ADO is faster and easier to use than ODBC and it does not require defining a data source name (DSN) before accessing data. It automatically configures the ExtendSim database when importing and the external database when exporting. Plus mirrors fields and records between the source and its destination. 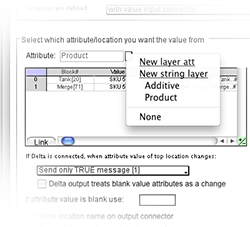 Flow Attributes • Enhancing ExtendSim’s unique discrete rate technology, flow attributes track the properties of the type of product that is modeled as a continuous "flow" in a discrete event environment. Examples of flow include bulk material such as grain or ore, liquids and gases, and product in a high-speed production line. A flow attribute is a quality or characteristic of flow that stays with it as it moves through the model, such as type, product, color, and so forth. Flow attributes provide information about the flow and allow you to organize quantities or volumes of flow into layers. The entire set of attribute values assigned to a particular layer is what distinguishes it from other layers. In other words, all the units of flow in a layer possess the same set of flow attribute values.

ExtendSim 9 featured an entirely new version of the Add-In that supports most of the construction and editing features available in ExtendSim. This means that you can completely specify a new ExtendSim database in Excel, including parent/child relationships, cell randomization, named distributions, and more. Afterwards, export the database for use in ExtendSim models. In addition, the new Add-In leverages the latest Excel features such as ribbon interface, XML-based file format, and 1 million rows/16,000 columns. Plus, database consistency checking is now faster and has expanded capabilities. 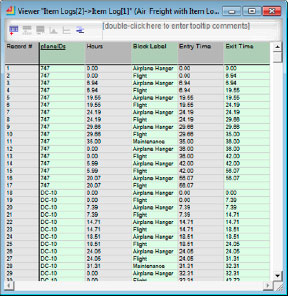 Example log of aircraft operations, showing individual plane IDs and their corresponding entry and exit times through various points in the modelItem Logging • Track items and their states as they move through a simulation. In addition to the existing ExtendSim trace features, the Item Log Manager (ILM) block supports customized data collection and report configuration from within ExtendSim by doing two things:

Once the run is complete, any number of reports can be generated from the data that has been collected in the remote blocks. These reports can be generated after each run either automatically or manually. Item loggingAny number of ILM blocks can be used in any one model with each ILM block responsible for generating its own report. The ILM also supports generating reports across multiple runs. 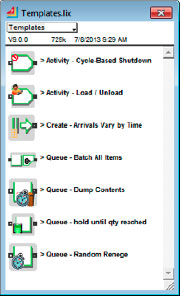 Templates Library • Speed up model building by using pre-built templates for common modeling situations. These templates are actually submodels within hierarchical blocks - constructs created in ExtendSim by combining just a few blocks together.

ExtendSim’s Templates library blocks are similar to standard blocks in that they contain an icon, help, blocks, and animation that can be used directly by the modeler. However, they contain the combined functionality of many blocks. As with any ExtendSim block, simply drag a block from the Templates library into the model and change the parameters to reflect a specific modeling situation.

Smart Connections • Intelligent connection line control better automates the modeling process when moving blocks around. Imagine That has developed a series of features collectively called smart connections that allow the modeler to quickly and easily modify models by moving blocks into strategic positions.

New Functions, Message Handlers, & Global Variables • In addition to the functions listed below, include files are useful when creating custom blocks. To see a block’s include file, open the block’s structure. Then give the menu command Develop > Open Include Files.

ADO (ActiveX Data Object) Functions • These functions are used to communicate between ExtendSim and external databases. They are not part of the ExtendSim application but instead are located in the “ADO_DBFunctions v9.h” include file.

Improved Advanced Resource Management (ARM) • If an allocated resource goes off shift, and the item it's allocated to is in the Activity, you now have the option to either shut the item down or renege it.

File format change • Due to architectural changes in ExtendSim 9.1, files created and saved in 9.1 are not backwards compatible so are not readable by ExtendSim 9.0.

Quality and Stability Improvements • In addition to adding new features in the 9.2 release, we improved its quality and stability. Just a few of the fixes include:

Changes to blocks in multiple libraries

Quality and Stability Improvements • In addition to adding new features in the 9.3 release, we improved its quality and stability. Just a few of the fixes include: